Click here to learn about our stained glass windows 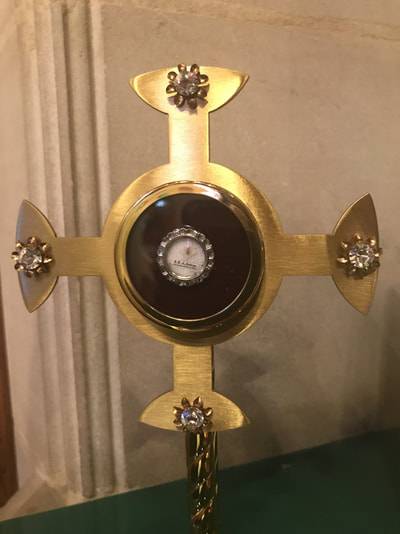 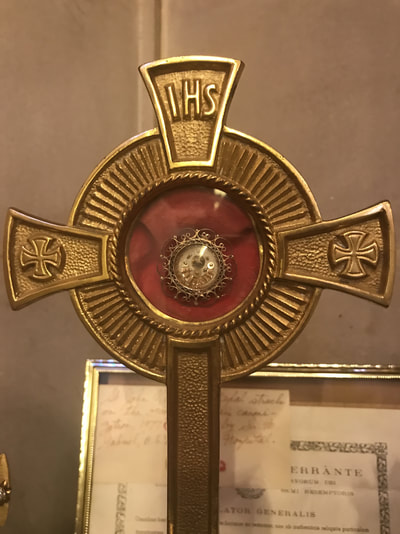 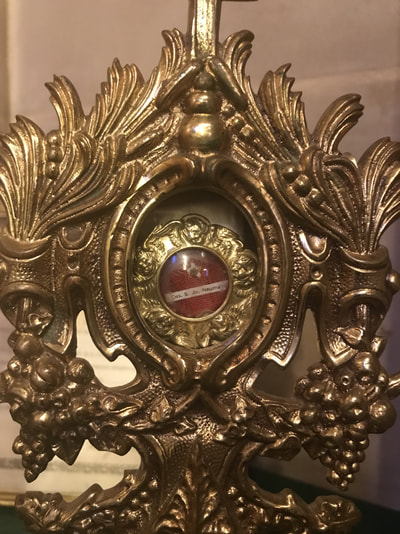 On December 4, 1932, Fr. Manley broke ground for the first permanent building to be part of the church and the school. The church was dedicated on July 21, 1933, and Fr. Braham celebrated the first Mass in the new church the following Sunday. The St. Ursula Mission was finally a reality!

The mission developed quickly and on June 27, 1937, Fr. Manley released St. Ursula into the hands of its first pastor, Rev. John J. Russell (later Bishop Russell of the Diocese of Richmond, VA), and it became an independent parish. With a $9000 debt and no living quarters, Fr. Russell welcomed the volunteerism of the 700 Catholics of Parkville eager to make their parish a success. They enlarged the existing hall to more than double its size to accommodate the crowds that came to the chicken suppers and the bingo parties.

In April, 1940, Fr. Russell concluded an agreement for the erection and completion of an additional story to the school, and in September, 145 pupils attended the new school under the tutelage of the Sisters of Notre Dame de Namur. The sisters commuted from Ilchester that first year until a residence for them could be built.
The priests, too, needed a residence, and George Clautice donated a little more than three acres of property on the east side of Harford Road at Putty Hill Avenue. In 1941, Fr. Russell, now with two assistants, moved into the completed rectory. The parish continued to grow despite the war, and school enrollment increased. More sisters came to live in the convent. In 1945, Fr. Russell was honored with the title of Right Reverend Monsignor and in December, he was transferred to St. Patrick Church in Washington, D.C. After a brief stay there, he went on to become Bishop of Charleston, SC and later, Bishop of Richmond, VA.

New pastor Rev. William J. Sweeney needed to decide whether to continue plans to erect a new church or to enlarge the school, which already held 542 pupils - about 70 to each classroom. After much reflection, plans were drawn for the school and more fundraisers were held. The new building was blessed by Archbishop Keough before the 11 AM Mass on September 19, 1948.

Parkville continued to experience tremendous growth. By 1952, the number of pupils at St. Ursula had risen to 878. The convent was overcrowded with 14 sisters. The church and hall could not accommodate 3800 parishioners. Early in 1953, plans were drawn for building a convent and church at a cost of $750,000. On May 14, ground was broken for a new convent adjacent to the school at Neifeld Avenue.

On the feast of Pentecost, ten days after ground was broken for the new convent, Fr. Sweeney broke ground for the new church. On the feast of St. Ursula, October 21, 1953, the pastor blessed the cornerstones for both buildings, and the convent was opened on December 8th.

Father Sweeney turned his attention to the new church. By September, 1954, the basement church was completed, and he said Mass there on September 26. The altar, crucifix, stations of the cross and statues had been brought from the original church, which was then converted into much needed classroom space. On October 20, Auxiliary Bishop Sebastian consecrated the altars in the upper church, and on October 31, the church was dedicated by Archbishop Keough.

Still the parish grew, and the school again became overcrowded. The now Monsignor Sweeney broke ground for an eight room addition in March, 1959 and the new building was occupied by students on September 3 of that year. By 1962, enrollment swelled to 1,468 students. In 1968, a new auditorium with kitchen, meeting rooms and offices was added.
​
Monsignor Sweeney did not live to see the completion of the construction. After nine years of heart ailments, he suffered a fatal heart attack on May 12, 1967, and died while en route by ambulance to St. Joseph Hospital. He had served as pastor for 22 years. 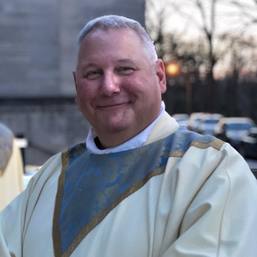 ​A native of St. Michael's in Overlea, Fr. Jason comes to us from St. Peter the Apostle in Libertytown. Fr. Jason was ordained in 1999 and has served at St. Mark's in Catonsville, Our Lady of Mount Carmel in Essex, and Our Lady Queen of Peace in Middle River. Fr. Jason strives to have an open dialog with his parishioners, and has said "a listening ear, and open heart, and a willingness to work with the people" is at the heart of every good parish.  Fr. Jason is excited to start his journey at St. Ursula and we are very excited to have him!